20:13 I'm free. For now. The hassle with the draft office is not over, but I've won an important battle. Stay tuned for the next episode in October.

Last Sunday I went to an event organized by my coworker's tabletop RPG club where they told us about tabletop RPGs and held trial games for the newbies. I kinda liked it, and now a guy from the club has invited me to another game this Sunday. I hope it will be fun. Maybe thinking of things to say and do in such games will help my non-existant imagination to improve at least a little bit..

My Greek-themed house in Minecraft. My island is a safe haven for Crabs (seen on the left). 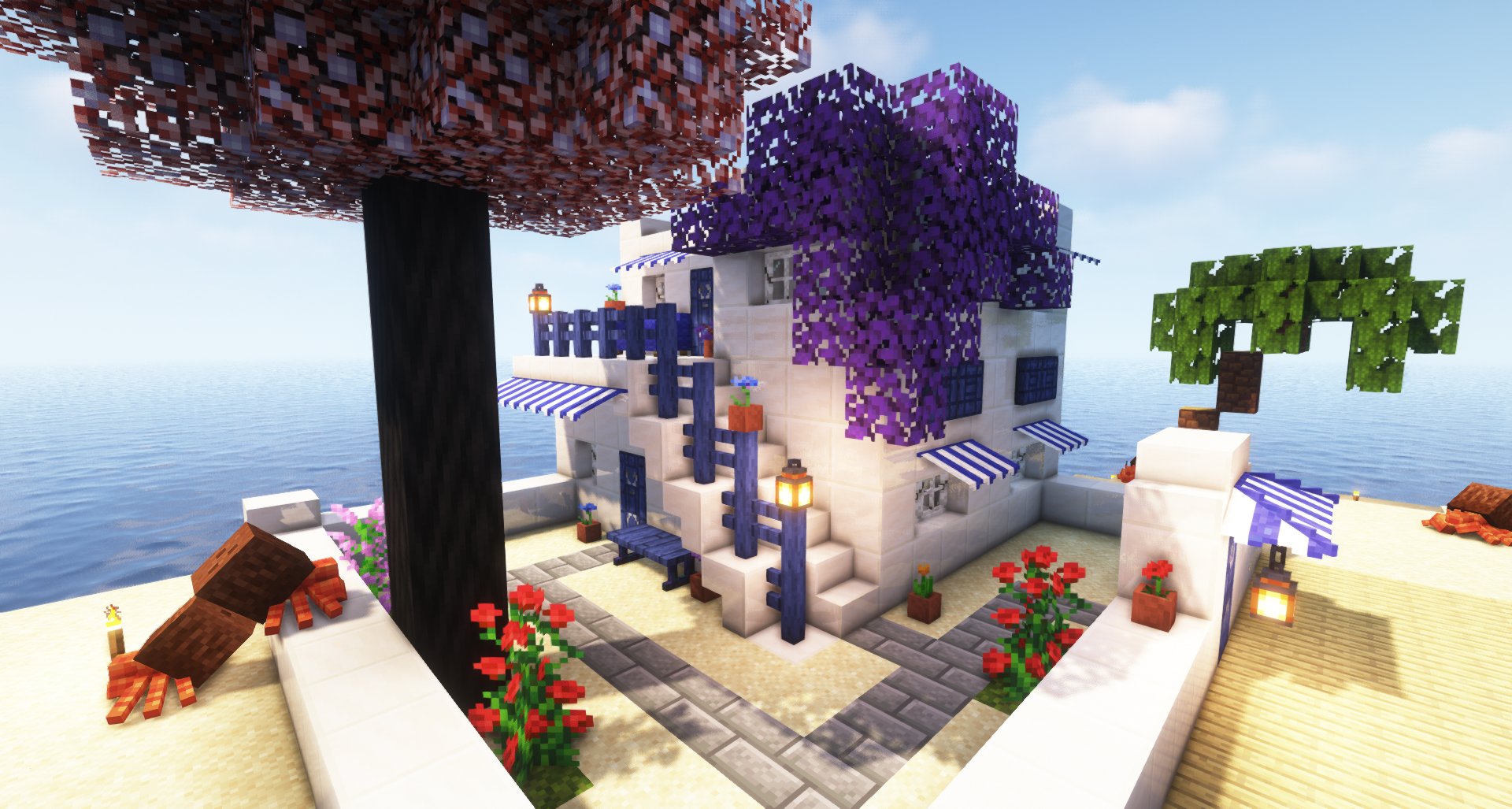 23:54 Long time no see. I am still not done with the draft office, and they and russian "healthcare" are sucking all my life energy batteries dry. The summer really isn't enjoyable so far because of it. I don't even have the energy to do any photography; all I do is eat ice cream in buckets and play Minecraft with some people from a community I'm a member of or Gran Turismo 4 almost every evening after work, to distract myself from the fact that another visit to the draft office is approaching.

I have reworked the photography section. I was looking for a design that's at least somewhat fitting in with the rest of the site and that's not too pretentious. Lemme tell you it wasn't easy! I still haven't found a good solution for a mix of horizontal and vertical photos - perhaps making the albums single-columned will fix it, but I'm not sure I want them to be single-columned. At first I tried making it at least a little better by moving the photos around so that two vertical photos are always in the same row, but I couldn't get over the fact that it screwed up the order of the [photos. I've made a little Python library for catbox.moe uploads and wrote a little script that generates thumbnails and the gallery code from the photos in a folder.
I've never worked with Python's OOP before that (it's been all simple scripts to make my life easier up until now), and a lack of certain features, like static or private methods, was a bit unsettling at first.

I've decided to hide the followers count on my Neocities profile page with some custom CSS (though it hid it on all the other pages as well). It's hard for me to disclose the reason for this, but it did make me feel a bit better. Please don't be offenced by this; I still love anyone reading this more than ever. :)