17:28 Recently I've realized that talking by emails is very fun, even if I'm not very good at talking.
It feels much more personal and genuine than commenting or liking posts on Neocities.

20:23 Completed Flatout 2 for god knows which time today. It is my second favorite racing game, after NFS Underground 2. This might sound cocky, but in my opinion this game aged like the finest wine there is. Much better than modern racing games.
In this game, there are three classes of cars, and for each class the AI drivers always drive the same cars. You, as a player, have the ability to buy multiple cars and switch between them, but, to me, it feels kinds of unfair, because other drivers stick to their cars to the very end and you can just soullessly discard your car, so I always use the first car I bought from the class, and I only buy a better car once I finish all of the class' tournaments.
There's an "enhanced" version of the game, titled Flatout: Ultimate Carnage, but I don't really like it. The new graphics feel soulless compared to the original game, and 12 drivers in a race, compared to the original's 8, is too crowded. Interestingly enough, the PSP version, titled Flatout: Head On, is basically the original game plus UC's new "Carnage" gamemode, which is actually quite fun, so the PSP version is, in a way, the supreme version of the game (however, instead of having the original soundtrack, which is, in my opininon, much better, it has UC's soundtrack).

Even though I played the game countless times, today was the first time I managed to finish a race as the only surviving driver (I was on the brink of surviving too!). Also, today we celebrated a very good friend's birthday. We had lunch, and then decided to take a ride on his car to Pravdinsk, a town an hour drive away from Kaliningrad. It is a really nice town that, despite recent renovations, has managed to keep the unique ecletic charm of our region. I am sure the film photos will turn out good (although I still haven't finished the current roll, even though I bought it all the way back in Moscow). 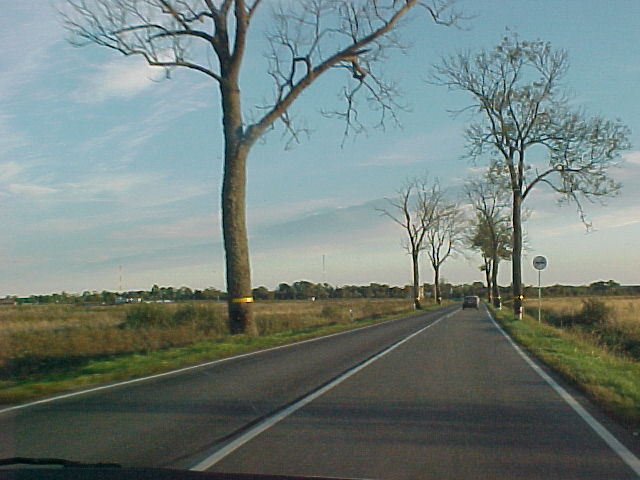 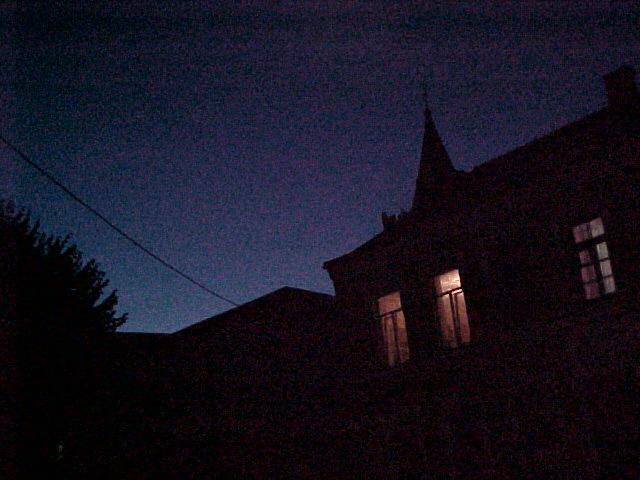 22:40 Rewatched "Kotonoha no niwa" today. It really is a great story. So simple, so sincere. One of the stories that, for me, are rather hard to discuss or express opininons about, yet I love it a lot.

Did I mention that I want to marry Kate from Life is Strange? Now I did.

21:00 Had a dream about meeting with a school classmate whom I was on very good terms with. In the dream she was so nice to me. It felt good... I wonder how's she doing these days.

Updated the side menu. It took three attempts before I was satisfied with the result.

I have invented an ateji for the word 「ビキニ」(bikini) ー 「美肌二」. 美 (ビ、beauty) stands for the beauty of a bikini-wearing person, 肌 (キ、skin) symbolizes the skin revealed by a bikini, and 二 (ニ、two) depicts the amount of breasts/buttcheeks covered by a bikini.

18:48 Found two demos by Kinokoteikoku that I haven't heard before.

It is quite interesting to hear familiar songs that you love with such a different sound, yet performed by the original artist.

Made a few changes to the site's layout; made the page headers blend in with the body and moved the sidebar to the right (you might need to Ctrl+R the pages). I plan to make some more minor design changes later, but I'm still looking for some inspiration to make a complete redesign though.

20:08 A cassette tape of "In Office" by Home&Office arrived today.

It's an amazing electronic album. Check it out when you have the time.

22:18 Completed NFS Underground 2 for god knows what time a few days ago. This time it was on Gamecube emulator. I actually began this playthrough last year and slowly progressed it over months. A truly timeless game.
Here are the cars I built and used during the career. 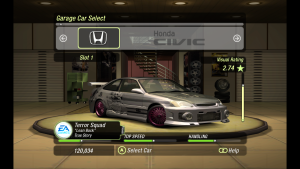 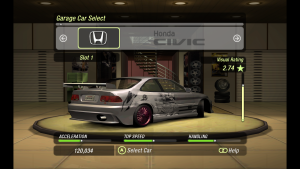 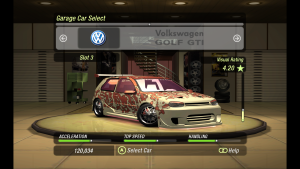 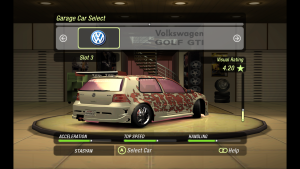 I'm not a fan of this widebody-kit's front, but the back looks nice! 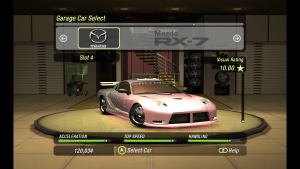 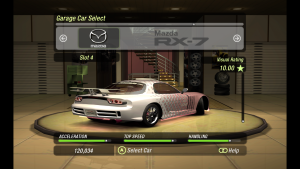 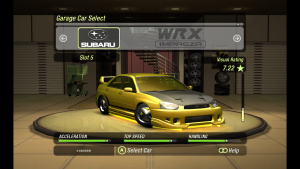 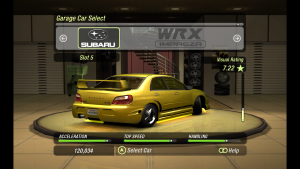 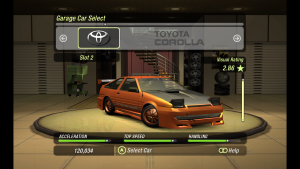 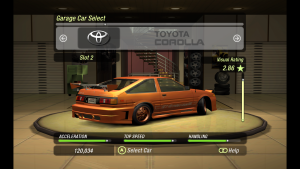 Went to the dentist yesterday. I have serious long-time problems with my teeth, and now I've finally found the guts to start the long journey of healing and restoring them.

21:45 I'm rather late to realize it, but I've been on Neocities for more than half a year now...
What started as "I'm not even sure if I should be doing it or not" ended up becoming an important facet of my life. I thank everyone who has been reading through my rants.

With that being said, I think this place deserves a second redesign. I don't have any particular ideas in mind, but I know that I want to keep the same feeling. Maybe add a few more pages and finish the current unfinished ones.

A while ago I found a bunch of Neocities websites that are maintained in Portuguese. I have nothing but utmost respect to people keeping their websites in languages other than English.

17:23 Completed Fallout 3 for the second time (the first time was, what, 9 years ago maybe..)
I came to like it's crafting system a lot. Very simple, yet very satisfying, and the weapons that you can create on the workbench are all fun too.
Decided to take last few pics before uninstalling the game... 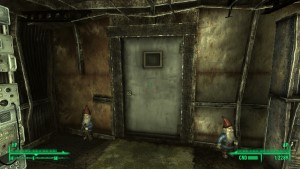 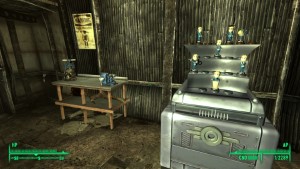 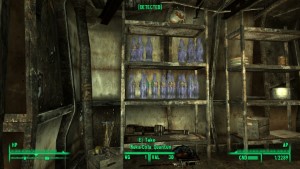 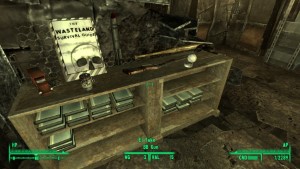 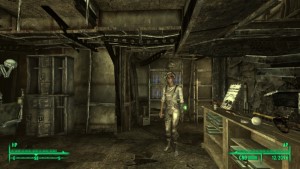 I enjoy the atmosphere of this game a lot. Reminds me of careless childhood times.

19:47 A souvenir film camera made to promote the Russia-Japan game at the 2002 Football World Cup has arrived. It's named "The Score a Goal Against Japan Photoball" and it was a prize you could win by buying Pepsi. 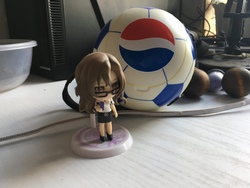 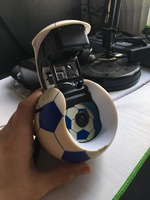 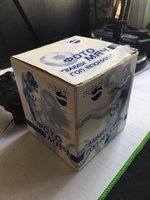 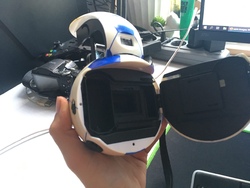 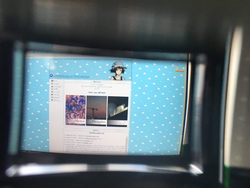 Let's take a look at it's pros and cons.